We don't just talk about performance - we go out and race 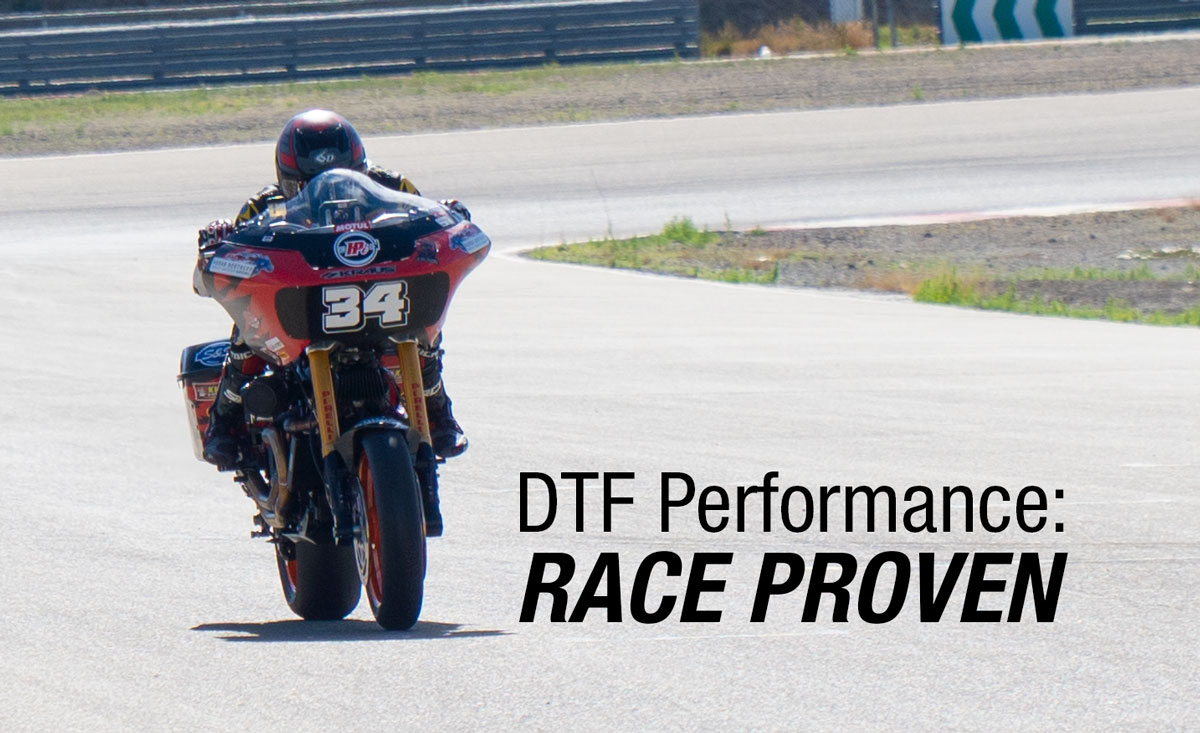 DTF Performance was founded intentionally to produce True Carbon Fiber™ components for the performance motorcycle industry that are extremely light in weight, strong and durable.

From the beginning it has been our intent to demonstrate our commitment to producing high quality performance products and putting them to the test at the highest level possible. So, it only made sense to build our own race team. In 2021, we campaigned the #34 DTF Performance Racing Harley-Davidson Road Glide in Moto America’s King of the Baggers series.

In a postrace interview our rider Michael Barnes summed it up after taking the win and being the first team and only privateer team to beat The Factory Indian Team in the Premier GP Bagger class at the BRL event in Utah in June: "Setting up a Road Glide for road racing has been a steep learning curve, not just for me riding it but everyone involved. We’ve made leaps and bounds at every test and every event, so after some disappointing results due to mechanical failure’s earlier this season it’s a great reward to get this win.”

To sum up the season here are some of our accomplishments:

• We qualified no less then 3rd fastest at every Moto America King of The Bagger races.

• Fastest and highest finishing privateer team every race we finished.

• First and only privateer team to beat the Factory Indian Team. With the 3rd placed bike finishing a full 32 seconds behind us!

• Fastest Privateer team all season and have only finished behind the factory teams.

• Fastest MPH at every race.

• The fairings, fenders, side covers and saddle bags on our race bike are the same parts you can purchase on our web site.

We use cookies to ensure that we give you the best experience on our website. If you continue to use this site we will assume that you are happy with it. Ok No Privacy Policy